A lot of users have been looking for ways to run or play PS2 games on there Android device, but finally there is a Android PS2 emulator that can do that with ease if your phone or tablet is compatible.

We all know that the Play Station 2 platform has too many games which you can play, because, back then when you want to play PS2 games you will need a PlayStation console together with a compact disk that contains the game in ISO format.

So according to the developers of Damon PS2 for Android, the emulator can run over 85% games available for the PS2 platform and this games can also run faster with the emulator on any suitable Android device.

The DamonPS2 emulator can smoothly run PS2 video games on Snapdragon 835\845 smart phones (such as Samsung Galaxy S9\S8\Note8) and is compatible with more than 90% of PS2 games (with a few graphics bugs).

Follow the simple steps below to setup Damon PS2 Pro Apk for Android together with the bios file: 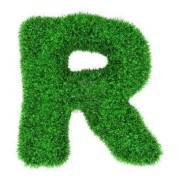